What Is the July Effect – and Will It Affect Me? 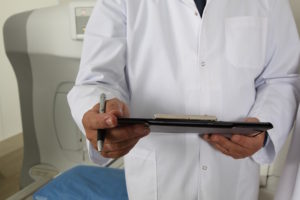 When physicians take the symbolic Hippocratic Oath, they vow to heal those who seek their help. Most medical students are also taught very early on the famous Latin phrase, “primum non nocere,” which translates to, “First do no harm.” Medical schools place importance on the patient’s health first.

But before doctors gain real-world experience, they are medical residents with very little hands-on experience in the business of saving lives. Unfortunately, when it comes to medicine, a doctor’s experience can sometimes come at a high cost.

Here’s the scary part: nurses, doctors, and surgeons can only truly learn and better their craft on actual human beings, which essentially makes us their guinea pigs. Doctors can practice on cadavers and simulation technology, but nothing fully prepares them to have a living and breathing human being who depends on them. In the healthcare system, there is no such thing as a small mistake. Any mistake, like not listening to a patient, can lead to a patient’s health issues, major complications, and even death. That’s why there’s a lot of pressure and responsibility on the shoulders of young physicians to get it right. That pressure in itself can lead nervous residents to make mistakes.

In order to ensure that new residents don’t harm patients, hospitals have older and wiser doctors overlooking them, but is it enough to ensure patient safety?

What Is the July Effect?

It’s called the “July Effect”; or, as it’s more ominously referred to in Great Britain, “The Killing Season,” and it happens when medical graduate students begin their work in teaching hospitals as residents. If you’ve watched any episodes of Grey’s Anatomy, you know the drill: do not trust the resident interns!

There is no denying that medical errors increase when teaching hospitals welcome new students on board to begin their residency. Students are starting out in an unfamiliar place with a brand-new operating system to learn. A new job in a new place is always stressful. Add to that the fact that people’s lives depend on you, and you can be certain that mistakes will take place.

Because of this, many believe July is the worst month for receiving medical treatment in a hospital. But is it simply superstition, or is there truth to this myth?

The July Effect: Truth or Myth?

The answer is: both. The July Effect exists, yes, but it doesn’t have catastrophic consequences, like some might suggest. Anupam Jena, an assistant professor of healthcare policy at Harvard Medical School, said in an interview with The New York Times, “If you talk to anyone who works in a hospital … unequivocally they will tell you care is worse in July.” Jena also recalled that during his days as a resident he witnessed an intern give a diabetic patient five times the amount of insulin necessary.

A study aimed at figuring out whether the July Effect was real concluded that, “In this single-center evaluation, there is an increase in reported medical errors involving pediatric residents in July compared with the months surrounding July. However, there is no difference in numbers of adverse events from those errors between these months.”

A Journal of General Internal Medicine study, published in 2010, investigated medical errors from 1979 to 2006 in United States hospitals and concluded that medication errors increased “10% during the month of July at teaching hospitals, but not in neighboring hospitals.” It also found that, “mortality increases and efficiency decreases in hospitals because of year-end changeovers.”

The bottom line is, more mistakes do take place when new interns begin their work at a hospital. If we want residents to become good doctors someday, we have to remain understanding about their initial learning period, and give them the necessary space to make errors and learn. But we must also be vigilant and focus on safety, especially in July. Hospitals need to make sure that interns have proper supervision from more experienced attendings so that patient care is not jeopardized and mistakes don’t fall through the cracks.

Injured by a Medical Mistake? Call Us

You deserve the best medical care, no matter what month you go to the hospital. Your health should not be jeopardized simply because there are new, inexperienced people working at the hospital. Teaching hospitals and medical interns are held to just as high of a standard for medical care, and when they make negligent mistakes, it’s a case of medical malpractice.

If you’ve been injured due to a doctor’s negligence, call The Case Handler team at Pollack, Pollack, Isaac & DeCicco, LLP. Our New York medical malpractice lawyers take patient injury seriously, and will fight aggressively on your behalf. Call us at 800-223-2814.