What Injuries Can Commuters Suffer? 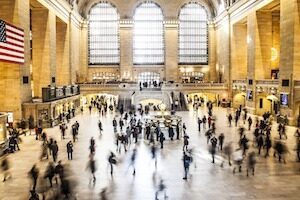 Although New York can boast about its massive transportation system with many options that allow its inhabitants to get around with ease, the commute in the Big Apple is still frustrating.

And the commute is not only regarded as a waste of time for some people, but it can also be potentially hazardous. From slip-and-fall injuries on train platforms to road rage car crashes, there are many possible risks waiting as New Yorkers make their way to and from work.

One way to stay safe on your work commute is to be aware of the most common dangers associated with your choice of transportation. Here are some prevalent commuting dangers New Yorkers face when they leave their homes:

If you or someone in your family has been injured in a commuting accident in NYC, give The Case Handler a call at 800-223-2814. After sustaining any injury, it’s important to speak with a lawyer as soon as possible to determine whether you have a claim.