JACOB ARONAUER is Of Counsel to the firm and heads our employment practice.  As a practitioner for over ten years in employment law, Jacob offers employees practical guidance on all aspects of employment law. Jacob focuses on unpaid wages under the Fair Labor Standards Act and the New York Labor Law.  With over 150 cases under his belt,  Jacob brings single, multi and class action lawsuits on behalf of employees who are owed unpaid wages.  Jacob also brings claims on behalf of construction workers who have not been paid in compliance with New York’s prevailing wage law (for New York City or state based construction projects). 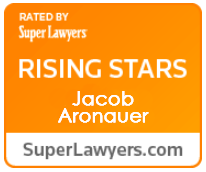