CHRISTOPHER J. SOVEROW is an associate attorney in the firm’s litigation / appellate department at Pollack, Pollack, Isaac & DeCicco, LLP. Mr. Soverow joined the firm in February 2019 and practices out of our Manhattan office. He graduated from the University of Virginia in 2003 and from Brooklyn Law School in 2008. Since admission to the bar, Mr. Soverow has argued numerous appeals before the Appellate Division of the New York Supreme Court and the Second Circuit Court of Appeals. Over the course of his career, he has acquired extensive experience in litigation/appellate law, municipal liability, civil rights litigation, employment law, personal injury and construction defects litigation, and commercial litigation. Mr. Soverow’s practice at PPID is devoted to drafting and arguing appeals before state and federal courts for plaintiffs’ counsel in New York. His affinity for appellate practice began in law school, during which he was a member of the Moot Court Honor Society and earned 1st Place at the Irving R. Kaufman Memorial Securities Law Competition at Fordham Law School in 2008. 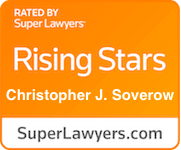